Will the 2021 Cannes Film Festival Go Ahead? 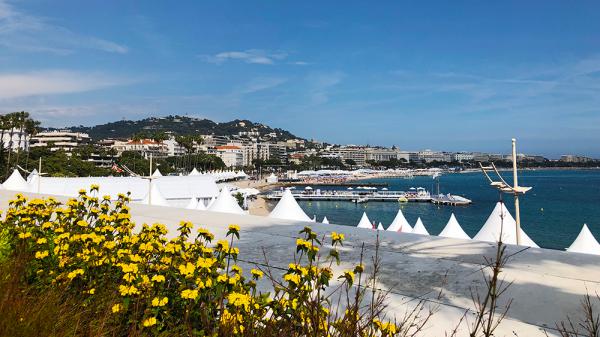 At the close of 2020, the success of the various vaccine trials injected a bit of much-needed optimism into the world for 2021. It was assumed that a swift rollout would allow for countries to re-open and large events to start taking place again. This optimism was reflected in the plan for Cannes 2021 to take place in its normal May slot.

Flash forward and the swift recovery hoped for hasn't materialised. Although some countries, such as the UK and USA, have managed wide and speedy vaccine rollouts, the European Union has been a surprising laggard. This, combined with unfortunately timed third waves of the virus, has resulted in many countries, France included, going back into lockdown. So what does this mean for the chances of a 'normalish' Cannes happening in 2021?

The short answer is, Cannes will almost certainly go ahead with some kind of physical event on the Croisette. The move from May to July has given the festival a little bit of buffer time during which it hopes the virus situation in France will vastly improve. But either way, after the extreme reluctance to cancel last year's event, there is huge pressure on the festival to somehow make it work for 2021.

Earlier in the year, there were some rumours that the festival may move again to October. There is little chance of this happening. An October bow would put Cannes after its major rivals, Toronto and Venice, something completely unacceptable to the festival brass. Beside the rivalries, Cannes has now also ramped up accreditation and film selection to the point that, unless there is a major change in the pandemic situation, they are committed one way or another. The French government is also intending to relax some travel restrictions with certain countries towards the end of May.

The real question is, what will Cannes 2021 actually look like? We know that the Market will be unlike anything which has gone before it. With pre-screenings in May and an online component, big questions remain about the value of physically being in Cannes this year. This quandary is compounded by the fact that a group of leading sales agents are planning to hold their own event, unaffiliated with the festival, in mid-June. So for a lot of companies, the value of spending the money to be in Cannes is starting to look diminished.

As for the festival itself, film selections are starting to be announced and Spike Lee will pick up where he left off last year as the President of the competition jury. The Grand Auditorium Lumière is certainly large enough to host a socially-distanced audience, so at least some physically screenings will go ahead.

Whether all of this results in lasting changes beyond 2021 is anyone's guess. We still don’t know what the business travel will look like in the post-pandemic world, but Cannes will always be a strong 'business trip' draw for other reasons too. But certainly expect Cannes 2021 to be one of the quietest events seen on the Croisette for decades.