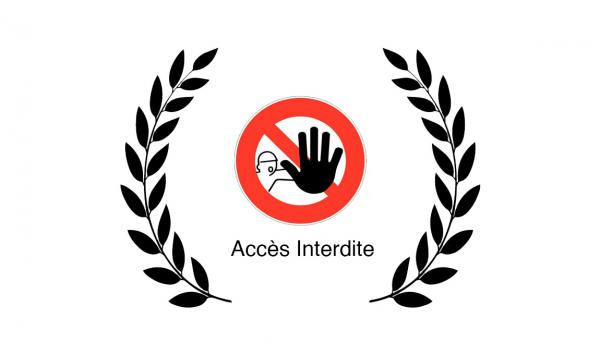 Given the scale of the global COVID-19 crisis, and particularly the French government's rather robust response, it was only a matter of time before running this year's Festival de Cannes in its normal slot became untenable.

So at present, the Festival de Cannes, Marché du Film, plus the three official sidebars (Directors' Fortnight, International Critics' Week, ACID) will not go ahead as planned. Those who've already paid for market accreditation should contact the Marché du Film to request a refund.

Interestingly, unlike other big festivals (e.g. SXSW) which have just cancelled their 2020 editions outright, the powers that be in Cannes HQ have suggested the event could still run in 2020, perhaps in late June or early July.

This is probably wishful thinking. It's likely the health risk and associated lockdowns will have dissipated once the northern hemisphere summer is in full swing, but the world will still be reeling from economic fallout. Confidence in the markets will probably not have returned by that point, and companies which have weathered the storm will most likely still be in the process of picking up the pieces. Not to mention seeing who's left standing in the airline business.

In an effort to try and mitigate some of this, the Marché du Film has announced it will run a 'virtual marketplace' during the original festival dates. In partnership with Cinando, the Market will offer online screenings (for buyers and sellers) and provide video meetings through an integration between Zoom and Cinando. Participation in the online market will require a one-time 180€ accreditation fee (which also includes 1-year's access to Cinando). For more information on the virtual marketplace see the official market website.

Yesterday's announcement by the French government that the coronavirus lockdown will be extended until at least mid-July for large public events has dashed any hope the Festival de Cannes had about running a postponed event. A press release today acknowledges the fact that there is now no way for the 2020 festival to run in it's usual form. What that means is still up in the air, but points to some kind of limited online event. As no other major film festival has tried this, it will be interesting to see where they end up.

Not long after the Festival's announcement, a joint press release was issued by the three parallel events - The Directors' Fortnight, La Semaine de la Critique, and ACID - announcing the complete cancellation of their events for 2020.

In light of this, and general reality, it would probably be best if the Festival just bit the bullet and cancelled this year's event. It's happened a couple of times before - during WWII, in the 50s, and in the face of France's summer of discontent in 1968. It would just be easier for all concerned, rather than stringing people along. Breaking one of our cardinal rules about Cannes puns, it's now time to can Cannes for 2020.

On the eve of the original start date for the 2020 event in an interview with Screen Daily, festival supremo Thierry Frémaux has all but admitted that the 73rd Festival de Cannes is cancelled. Having earlier ruled out any form of virtual festival, Frémaux says that anything physical later in the year is still hard to imagine, given the ongoing international uncertainty around the COVID-19 crisis. In early June, the festival will announce the list of films which made 'official selection' for 2020, but these films won't get much more in the way of festival treatment.